A global and long-term analysis of the medication is essential to consider all its health, economic and social benefits 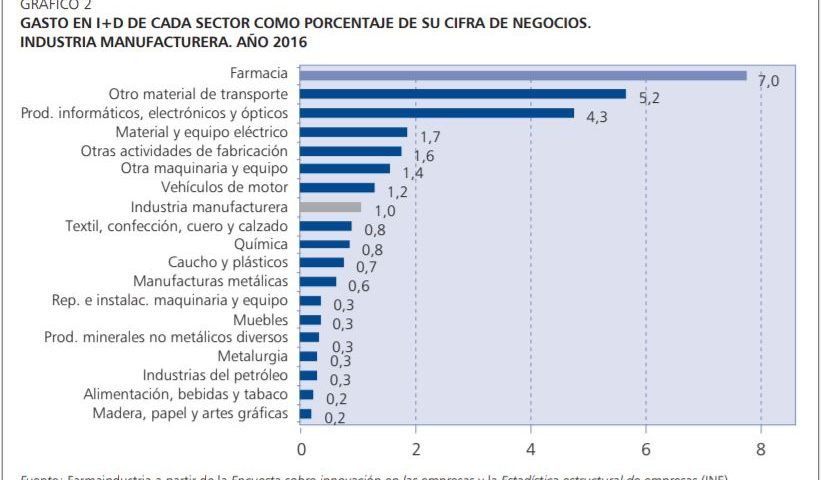 Impact on patient health, health system management and economic growth, among the most relevant effects
The director of the Department of Pharmaceutical Studies, Pedro Luis Sánchez, analyzes in ‘Spanish Economy Papers’ the scientific evidence

To consider the medicine in a global way, analyzing all its benefits and costs, and doing so over a relevant period of time, is essential to be able to establish its true impact on the population’s health, health system management and economic growth. from the country. This is stated by Pedro Luis Sánchez, director of the Department of Pharmaceutical Industry, in the article entitled Innovation and the pharmaceutical industry in Spain, published in the latest issue of the magazine Papeles de Economía Española, published by Funcas, the Foundation of the Savings Banks savings.

In the article, Sánchez defends that, even though it is his most important contribution, a new drug not only manages to improve the health of patients, but that its administration has implications that go beyond, “from its impact on other areas of the health system and from social attention to its positive effects on economic growth, via productivity improvements ”. Therefore, a partial or short-term economic analysis that does not allow to capture “all the relevant elements of cost and benefit” that a new drug provides can lead to erroneous conclusions and generate inefficiency, he explains.

The director of Pharmaindustry defends the innovative capacity of the pharmaceutical industry and its role as a dynamizer of biomedical R&D in our country. With 21% of all investment in R&D of the Spanish manufacturing industry, according to INE data, the pharmaceutical sector is clearly the main driver of these activities in the Spanish economy. In addition, it is the one with the highest percentage of its turnover dedicated to innovation, 7%, at a great distance from the rest of the industrial sectors. 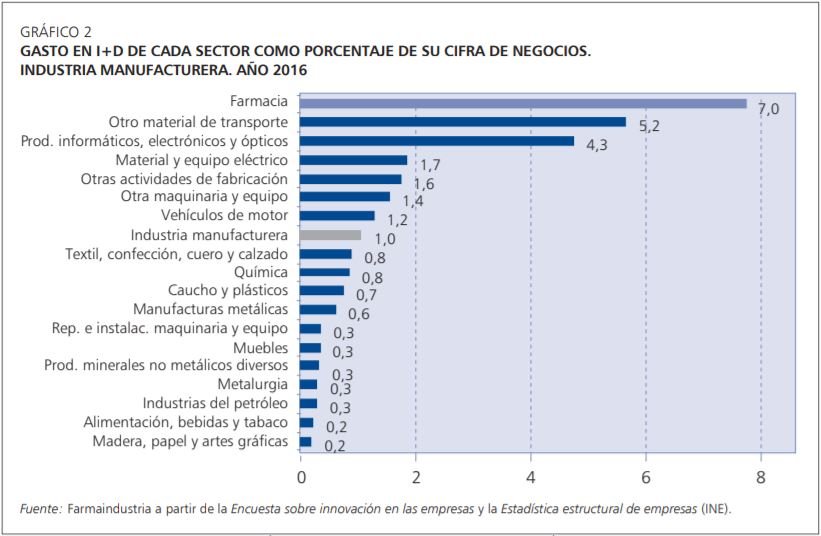 The investment effort for innovation is also noted in the volume of human resources allocated to this activity. With almost 5,000 workers dedicated to R&D activities, the pharmaceutical industry also leads in this area the ranking of industrial sectors in Spain.

This effort results in the development of new medications, whose main effect is the health benefit of patients. According to Sánchez, in his article, life expectancy at birth in the Organization for Economic Cooperation and Development (OECD) experienced an increase of 1.7 years between 2000 and 2009, from 74.1 to 75.8 years. 73% of this increase in life expectancy of developed countries can be attributed directly to the contribution of innovative effects. The text also includes concrete examples of the positive impact of innovative medicines on the health of patients of different pathologies. 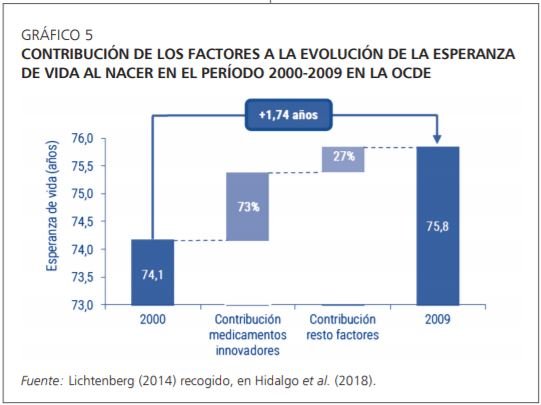 Beyond the health effects of patients, the article also offers scientific evidence on the benefits of new drugs for the efficiency of the healthcare system. Thus, the article mentions a study on the case of the United States in which it is estimated that the replacement of an old drug (average of 15 years since its commercialization) by a more modern one (average of 5.5 years since its commercialization) implies an extra pharmaceutical cost of $ 18 per capita, but generates a savings of $ 129 per capita (7 times more) in other items of healthcare spending such as hospitalizations or avoided medical visits, which makes the innovative drug a net resource saver intended for health care.

Finally, it addresses the impact of innovative medicines on economic growth, mentioning the positive impact that the health of the population has on economic growth, since each year that increases the life expectancy of a country corresponds to an increase of your Gross Domestic Product of 4%. Similarly, other empirical work establishes that the benefit due to new drugs sold in the period 1982-1996 on labor productivity was between 2.3 and 8.1 times higher than its cost. 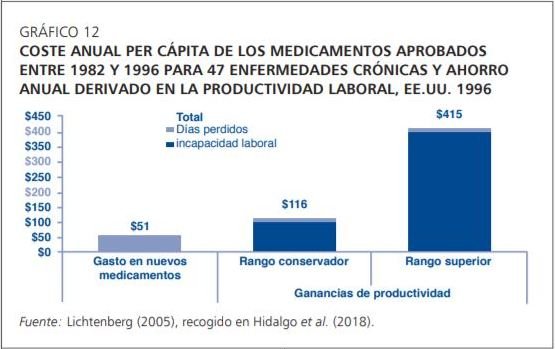 All these arguments, based on solid scientific evidence, allow Sánchez to conclude that only with a global and long-term analysis, which includes all aspects in which pharmacological innovation affects, can the real value of the incorporation of medicines be established. Innovators to healthcare provision in Spain.

In Distefar we support that the revision of medicines and the update of them are necessary. Not only for the health of the patient but for the economy in general of the country for the savings that it implies.