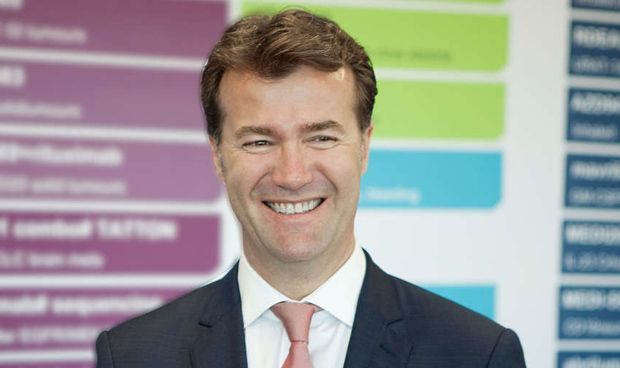 The AstraZeneca Foundation, in collaboration with the Carlos III Health Institute, has announced the winners of the IV Young Researchers Awards, a recognition that drives the scientific career of researchers under 40 years of age. In this fourth edition, the winners are Gabriel Sanfélix-Gimeno in the category of Acute Coronary Syndrome, Guadalupe Sabio in Type II Diabetes and Obesity, Arkaitz Carracedo in Oncology and Astrid Crespo in the area of ??Asthma and Chronic Obstructive Pulmonary Disease.

The winners will receive a grant of 20,000 euros each so that they can continue to develop leading-edge research in diseases that affect millions of patients. As part of the recognition, the winners will have the opportunity to visit the centers of AstraZenecacorresponding to their field of research and to meet with those responsible for scientific talent of the company.
“With the Young Researchers Awards of the AstraZeneca Foundation we want to give the opportunities that scientists deserve. The winners have shown that their research is innovative and has a clinical potential that must be supported. They have the curiosity, talent and passion that, with the support of public and private institutions, will be able to mark a before and after in the lives of patients, “said Eduardo Recoder, president of the AstraZeneca Foundation.

The works of the winners
In the Acute Coronary Syndrome category, the prizewinner was Gabriel Sanfélix-Gimeno, from the Foundation for the Promotion of Health and Biomedical Research of the Valencian Community (FISABIO) for his research “Treatment at discharge, adherence and clinical results after acute coronary syndrome. . Population cohort with up to 10 years of follow-up “.

Guadalupe Sabio Buzo, from the National Center for Cardiovascular Research (CNIC) in Madrid, has won the prize in the Type II Diabetes and Obesity category for her work “The role of p38MAPK in the development of obesity and associated diseases”.

In the third place, Arkaitz Carracedo, of the Association for Cooperative Research in Biosciences (CIC bioGUNE) in Vizcaya, has been awarded the fellowship in the Oncology category, personalized therapy and immunotherapy for his research “New avenues in the treatment of cancer aggressive breast by manipulating the metabolism. ”

Finally, in the category of Asthma and Chronic Obstructive Disease, Astrid Crespo, of the Hospital of Santa Creu i Sant Pau has been awarded for her work entitled “Neutrophilic Asthma Not Eosinophilic (ANNE)”.
Trajectory dedicated to patients
Along with the recognition of young talents, the AstraZeneca Foundation has awarded the Honorary Award for Excellence in Scientific Trajectory to Miguel Martín Jiménez, head of the Oncology Service at the Gregorio Marañón General University Hospital in Madrid, for devoting his entire career to the advancement of scientific knowledge in the field of medical oncology. Martin will receive 5,000 euros that will go to the institution and the research project he chooses.

Award ceremony IV Young Researchers Awards
The awards are framed in the ‘IV Youth and Science Conference: Promoting Scientific Talent’ and will be delivered on September 26 at the Rafael del Pino Auditorium in Madrid at 4:45 p.m. May-Britt Moser, Nobel Prize in Medicine in 2014, will be the main speaker at the event.

At Distefar we support this type of initiative that encourages researchers to continue developing their work.