Breast cancer: the industry leads the research of 169 new drugs 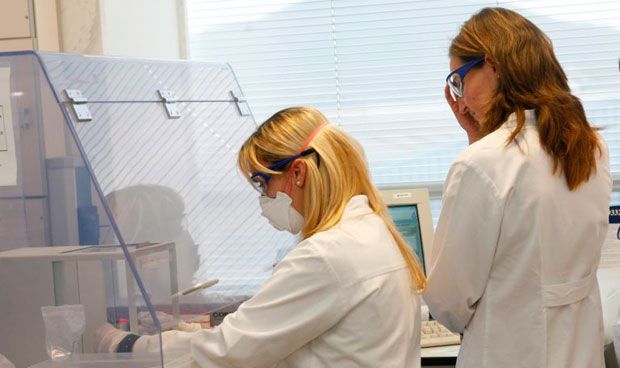 Currently, the pharmaceutical industry has a total of 169 new drugs against breast cancer in the clinical research phase, a disease that encompasses the greatest efforts in R & D by companies. In recent years, 195 clinical trials have been registered in Spain, driven mostly by laboratories, focusing on this pathology of which more than 26,000 new cases are registered per year in our country.

The better knowledge of the biology of the tumor and the immune response has allowed us to identify new therapeutic targets and develop drugs specifically directed against them, more precise, more effective and with fewer side effects. Along with this, new diagnostic techniques, current surgical approaches, the promotion of prevention and early detection programs and the growing involvement of patients are leading to breast cancer becoming one of the tumors with the best prognosis. .

The survival rates of this disease, which is celebrated on International Day tomorrow, have been increasing in recent decades in Spain, from 70 percent survival to five years for patients diagnosed at the end of the 80s to 80s. , 3 percent in the period 1995-1999 and 82.8 percent in 2000-2007, as reflected in the Eurocare database.

Currently about 90 percent of patients remain free of disease five years after diagnosis in Spain, according to the Spanish Society of Medical Oncology (SEOM). In addition, thanks to new drugs, mortality from breast cancer has been reduced in Spain by 4 percent in just 15 years, according to the Weber Foundation.

Clinical research, a long and expensive process
For new drugs against breast cancer to reach patients it is necessary to overcome a long, expensive and highly complex clinical research process, in which only a small part of the compounds that start the journey end up being approved by the health authorities.

In fact, only about 12 percent of the drugs that reach the clinical research phase end up being authorized by the regulatory agencies after overcoming the different phases of research, a process that can last between 10 and 15 years.

Clinical trials are, in general, also a very expensive process: an estimated 2,400 million euros is the necessary investment that a pharmaceutical company must face to complete the R & D process of a new drug.

Distefar follows closely these studies related to breast cancer, and in turn, welcomes the high levels of research that are being carried out