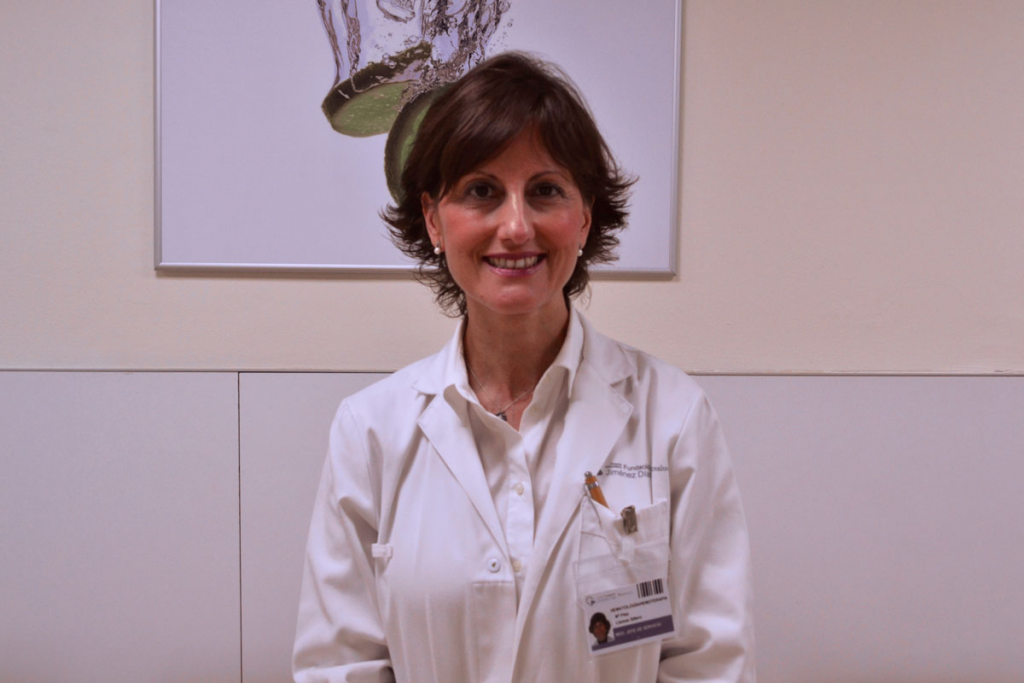 The day ‘Controversies in patients with myeloma: candidate or not to haematopoietic transplantation and in relapse’, organized by the Jiménez Díaz Foundation and the San Carlos Clinical Hospital, was discussed.

Multiple myeloma is a disease in continuous evolution and, therefore, of great interest from the scientific and welfare point of view. For this reason, the Jiménez Díaz Foundation has recently celebrated the day `Controversies in patients with myeloma: candidate or not to hematopoietic transplantation and relapse ‘, jointly organized by the Hematology services of this center and the San Carlos Clinical Hospital.

“In recent years there has been an important evolution in the diagnosis, treatment and follow-up of patients with myeloma, which has led to marked improvement for patients,” says Dr. Rafael Martínez, head of the Hematology and Hemotherapy Service of the Clinical Hospital San Carlos, who adds that, despite this, “multiple myeloma is still a disease of difficult healing, in which most patients relapse and it is necessary to design a therapeutic strategy to be used in successive relapses.”

In this context, CAR-T therapy is beginning to be used, being a success in patients with multiple myeloma who have not responded to any line of treatment, so that it could become a not too distant future in a curative strategy. “This therapy has not yet been administered to many patients, but it should be noted that the few who have been included in clinical trials are reporting very encouraging results with long-lasting responses, even in those who have received many previous lines, without expectation of responding to other treatments, “says Dr. Pilar Llamas, head of the Hematology and Hemotherapy Service of the University Hospital Fundación Jiménez Díaz.

Likewise, this specialist warns that the toxicity associated with CAR-T must be taken into account: “The control of the cytokine release syndrome and neurotoxicity, among others, is a great clinical challenge. However, we are currently able to handle these complications and work is being done on measures.

Nowadays, we are witnessing a complete transformation of Hemato-Oncology and important advances in the treatment of multiple myeloma, despite which, there is still no curative therapy for these patients.

The drugs currently used in the treatment of this entity are grouped by their main mechanism of action: proteasome inhibitors (bortezomib, carfilzomib and ixazomib), immunomodulators (thalidomide, lenalidomide and pomalidomide) and monoclonal antibodies (daratumumab and elotuzumab). Among these groups of drugs and new ones, different combinations have been designed that have already proven effective in several clinical trials, both in the first line and in relapse; others are still in the clinical research phase. “Surely in the coming years will continue to improve responses, and therefore the survival of patients and their quality of life,” predicts Dr. Martinez.

In this sense, Dr. Llamas highlights the difference between immunotherapy and immunomodulation. Thus, the first includes the strategies that, through cells (adoptive cell immunotherapy) or molecules / drugs (passive immunotherapy), will help the immune system in its fight against the tumor. On the other hand, immunomodulation is carried out by molecules that regulate some responses of the immune system through its cellular components, suppressing or activating them. “In multiple myeloma, immunomodulatory drugs can have direct actions against tumor cells, inducing their death or removing them from the microenvironment that supports them, making their existence uncomfortable,” says the hematologist.

Another treatment available for patients with multiple myeloma is the autologous hematopoietic transplant, whose objective is to improve the depth of the response in cases in which the patient has not reached a previous complete response. It is applicable to all those who have good general condition and are able to tolerate an intensive treatment with high doses of chemotherapy. “It is considered part of the standard treatment for myeloma patients who have responded adequately to initial induction or rescue therapy after a relapse,” clarifies Dr. Llamas.

Controversies in patients with myeloma

The availability of new drugs and the different combinations make it necessary to choose for each patient both the time to start treatment and the scheme that best suits your particular case based on your age and comorbidities, generating controversies.

Among the main discussions regarding this disease are the use of chronological or biological age to determine the patients candidates for autologous transplantation, the role of allogeneic transplantation in some selected patients or the choice of a maintenance treatment and for how long weather. “In any case, the goal is to get the best possible response and to stay as long as possible,” concludes Dr. Martinez.

Distefar supports the inclusion of new therapies such as CAR-T for the treatment of diseases such as myeloma, which up to now there is no curative therapy.