EMA gives a positive opinion to Gilenya, from Novartis, for minors with multiple sclerosis 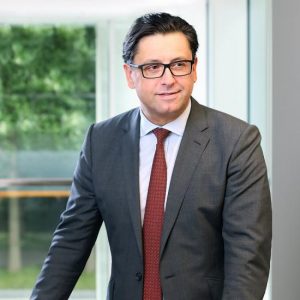 The Committee for Medicinal Products for Human Use (CHMP) of the European Medicines Agency (EMA) has recommended the approval of the drug Gilenya (fingolimod), from the pharmaceutical company Novartis, to treat children and adolescents from 10 to 17 years of age with referral forms recurrent multiple sclerosis.
If approved, said pharmaceutical company indicates that Gilenya will be the first oral therapy to modify the disease for these patients based on a randomized controlled clinical study. The population of younger patients experiences two to three times more outbreaks than adults, which often implies a more severe prognosis and an earlier disability compared to that manifested in adulthood.

In relation to this authorization of commercialization, Novartis emphasizes that it would extend the age range of Gilenya, one of the most prescribed treatments for multiple sclerosis in the whole world. It also adds that this drug has already been approved for adults with recurrent remitting forms of multiple sclerosis older than 18 years in Europe.

The executive director of this laboratory, Paul Hudson, explains that “the lives of children are greatly affected by the early onset of multiple sclerosis, from practicing sports, going to school or enjoying time with family and friends.” Therefore, it has an impact on “the urgent need to address new and effective treatments” and “with Gilenya, it is possible that we have an option that can be a substantial yesterday for young patients”.

Alleviate the impact of the disease
For his part, the director of External Affairs of the European Sclerosis Platform, Christoph Talheim, highlights that “young European patients and their families, who have been waiting for an effective therapy to modify the disease, could soon have a new option of treatment to alleviate the devastating impact of this disease. ”

The positive opinion of the CHMP was based on the Paradigms trial, “the first clinical study of its kind in multiple sclerosis expressly designed for children and adolescents aged 10 to 17 years,” notes Novartis. The European Commission will review the opinion of this Committee of the EMA and is expected to issue its final decision in three months. This measure will be applicable to the 28 member states of the European Union (EU), plus Iceland, Norway and Liechtenstein.

In Distefar we like to share this type of news that suppose an advance in diseases that affect young patients.