Europe approves Verzenios, from Lilly, for the treatment of advanced breast cancer 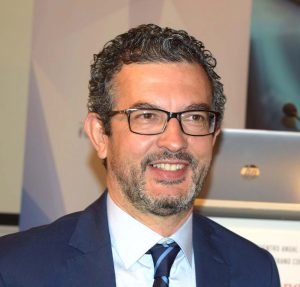 The European Commission has authorized the commercialization of Verzenios (abemaciclib), from the pharmaceutical company Lilly, as a treatment of locally advanced or metastatic breast cancer with positive hormone receptors (HR +) and receptor 2 of human negative epidermal growth factor (HER2-) , in combination with an aromatase inhibitor (AI) or fulvestrant as a starting hormonal therapy, or for women whose disease progresses after hormone therapy.

The head of the Oncology Service of the General University Hospital Gregorio Marañón of Madrid, Dr. Miguel Martín, points out that “abemaciclib belongs to a family of drugs that already exists and that is offering very good results, but it has different characteristics that can make This molecule is a very attractive alternative for women with breast cancer. ”

In addition, said oncologist adds that “it is a value enhancement of the innovation that is capable of generating Spain and the quality of clinical research developed by hospitals, which have participated in the clinical development of this drug, advancing therapeutics and helping to breast cancer patients around the world. ”

Efficiency and safety data
The approval of abemaciclib in the European Union (EU) is based on efficacy and safety data shown in the Monarch 2 and Monarch 3 clinical trials. The first was a phase III, randomized, double-blind, controlled clinical trial placebo that evaluated the use of abemaciclib in combination with fulvestrant and that included 669 patients with metastatic breast cancer HR + and HER2, who progressed after hormonal therapy.

The Monarch 3 study was a Phase III, randomized, double-blind, placebo-controlled trial that studied the use of abemaciclib in combination with an AI as hormone-initiation therapy that included 493 postmenopausal women with advanced breast cancer HR + and HER2 – that they did not receive any previous systemic treatment for their advanced disease.

Distefar is in favor of this type of advances that suppose help to breast cancer patients around the world.