A Dutch team has developed a cell therapy for metastatic melanoma that improves on the current standard. 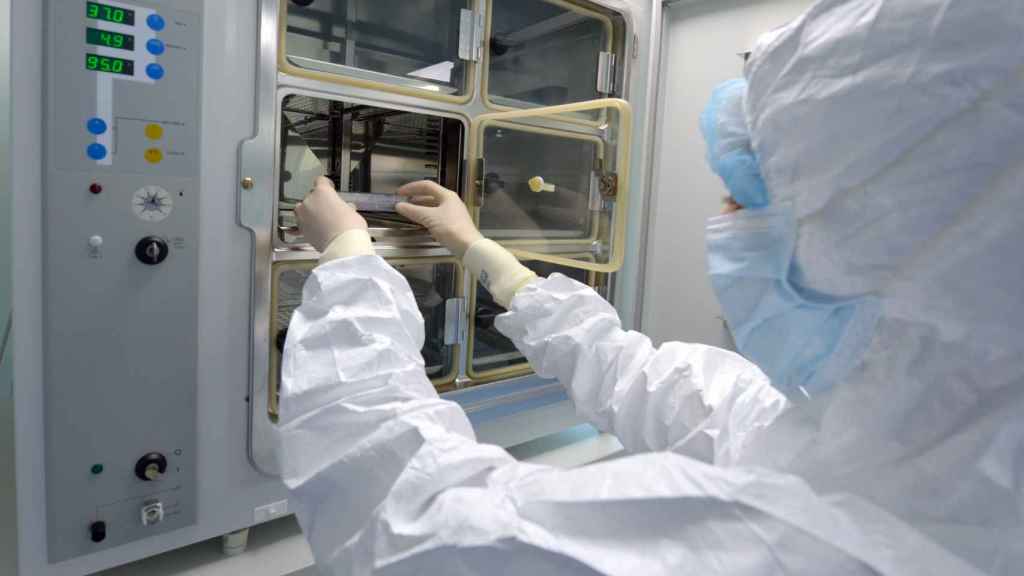 Researchers in the Netherlands and Denmark have successfully tamed metastatic melanoma using only the patient’s own immune cells. The results, published today in the New England Journal of Medicine, are a testament to a technique that promises to revolutionise the most difficult tumours and a new step in cell therapies.

Normally, our immune system is responsible for keeping tumours at bay as they appear in our bodies over the years. When it is unable to do so and the tumour grows out of control, we are faced with cancer.

It is only in the last decade that this knowledge has been transformed into potential therapies. First, with monoclonal antibodies that signal tumour cells for immune cells to recognise and attack. This strategy has turned around the treatment of cancers such as melanoma where, when diagnosed in advanced stages, there was little chance of survival.

Subsequently, CART cells have been developed, which consist of extracting lymphocytes from the patient, genetically modifying them to recognise the tumour and reintroducing them to fight it. The technique has changed the prognosis of haematological cancers such as leukaemias and myelomas, and is currently being studied for solid tumours.

TIL therapy, which stands for tumour infiltrating lymphocytes, is the next step. As with CART, lymphocytes are taken from the patient, but they do not need to be genetically modified: those that are most active against the tumour are selected in advance. These are multiplied in a laboratory and returned to the patient, who has previously been treated with chemotherapy to ‘make room’ for the new army.

The latter therapy only exists on an experimental basis, but the study published on Thursday looks like a definitive step towards its clinical implementation. So far, previous work with TIL has shown it to be a safe and effective therapy. The new study also shows that its benefit is superior to that of standard treatment.

Researchers from the Netherlands Cancer Institute and the National Centre for Immune Cancer Therapies in Copenhagen selected 168 patients with metastatic melanoma between September 2014 and March 2022. Of these, 80 underwent TIL and 82 underwent standard therapy with ipilimumab. The latter was a revolution in metastatic melanoma at the time, but there were still 50% of patients who died within five years of diagnosis.

The main aim of the trial has been to measure the time from therapy administration until the tumour starts to grow again. In the TIL group it was a median of 7.2 months (i.e. in 50% of patients this time was longer), while in the ipilimumab group it was 3.1 months.

Not only that, half of the TIL-treated patients had metastases shrink and one in five had metastases disappear completely, compared to only 7% in the standard treatment group. Median survival was 25.7 months in the first group and 18.9 months in the second. In addition, patients also reported a better quality of life than those on ipilimumab.

On the negative side, almost all of those treated with TIL reported adverse events considered serious, such as neutropenia, capillary leak syndrome or others. These, however, were more related to the prior infusion of chemotherapy and high doses of interleukin 2, which helps to expand and activate lymphocytes.

The authors of the paper are looking for other cell enrichment techniques that are not as aggressive, but the Dutch public health service is already evaluating the possibility of introducing this treatment widely in the population. Until then, new trial participants will no longer be randomly divided between the two treatments and will only receive TIL.

“This therapy has been investigated for three decades,” says Alena Gros, head of the Tumour Immunotherapy Group at the Vall d’Hebron Institute of Oncology, but “this clinical study represents an important step towards it becoming a real therapeutic option for patients with tumours refractory to other immunotherapies”.

Gros is also researching the possibilities of these treatments at Vall d’Hebron, a centre that includes TIL therapy in the framework of the Advanced Therapies Programme with the support of the BBVA Foundation and the AECC. The expert recalls that metastatic melanomas refractory to other immunotherapies “are very aggressive tumours and the results of TIL therapy presented in this study are very encouraging”.

Iván Márquez, medical oncologist at the Gregorio Marañón University Hospital and spokesman for the Spanish Society of Medical Oncology, has a similar opinion. However, he points out that the trial was aimed at observing the time to tumour progression, “we still have no evidence that patients live longer with this therapy”.

Márquez also points out the advantage of tumour-infiltrating lymphocytes over TILs as they do not require genetic modification, only selection (there are different types of lymphocytes that can be effective) and culture in the laboratory. However, they have the disadvantage of being less specific than CARTs, although CARTs are still lagging behind in their development for solid tumours.

There is also something that unites CARTs and TILs: they are individualised cell therapies that require very complex technology and highly trained professionals to manage them. In fact, only around thirty centres in Spain are able to use them. This makes them tremendously expensive: current commercial CARTs are priced at around 300,000 euros or more.

This is why ways are being sought to reduce their economic impact and one of them is to create the treatment in the hospital itself, known as academic cell therapy. This is something that Hospital Clínic de Barcelona has done in the case of CART (reducing the cost to 89,000 euros) and is investigating a TIL therapy for metastatic triple negative breast cancer, the most deadly of all.

Several companies are developing commercial TIL treatments. They provide the technology: they receive tumour samples, extract the most aggressive lymphocytes against tumours, multiply them and return them to the centre that has requested the therapy for infusion into the patient.

The advantage of commercial therapies over academic therapies is that the former seek widespread approval from regulatory agencies, which allows them to offer the treatment to any centre that requests it and is qualified to offer it. This is possible because they have greater financial muscle and can conduct more powerful clinical developments, with more centres and patients participating in trials.

Academic centres’ studies are smaller, limited to patients in their own hospital or, as in the Dutch case, in collaboration with another centre. In Europe, there is a special authorisation for them to offer these therapies outside clinical trials. However, in the Netherlands they are already considering how to offer TIL production outside their borders, for the benefit of the whole continent.