The clinical research of new drugs in early phases, which involve greater complexity and are those that allow patients access to new treatments early, has experienced an important advance in Spain in recent years, to today represent more than half of the clinical trials that are carried out in the country. This progress has also allowed the promotion of clinical trials in the initial stages in two fundamental areas: pediatrics and rare diseases.

In particular, the joint commitment of health professionals and researchers, health administrations, hospital managers and the pharmaceutical industry has made possible an unprecedented advance in the field of clinical research in early phases of pediatric pathologies and rare diseases.

This was explained on Wednesday by the head of the Platform for Innovative Medicines of Farmaindustria, Amelia Martín Uranga, during his speech at the University Hospital La Paz in Madrid in the IV Conference on Clinical Trials in Phase I in Spain, organized by the Teófilo Hernando Foundation .

In order to continue advancing in this field, Farmaindustria is already working on the fourth update of the Early Phases Units Guide, which for the first time will be in online format and will allow greater interactivity and better search criteria for the resources necessary to start up this type of tests.

In the case of those directly driven by the industry, 32.3% of the trials in pediatrics correspond to phase II, while in 15.4% of the cases these are phase I trials, according to data from the BEST project of excellence in clinical research. “These data also reflect a very positive trend over the years that reflects the extent to which pediatrics is already among the research priorities of the pharmaceutical industry,” said Martín Uranga. 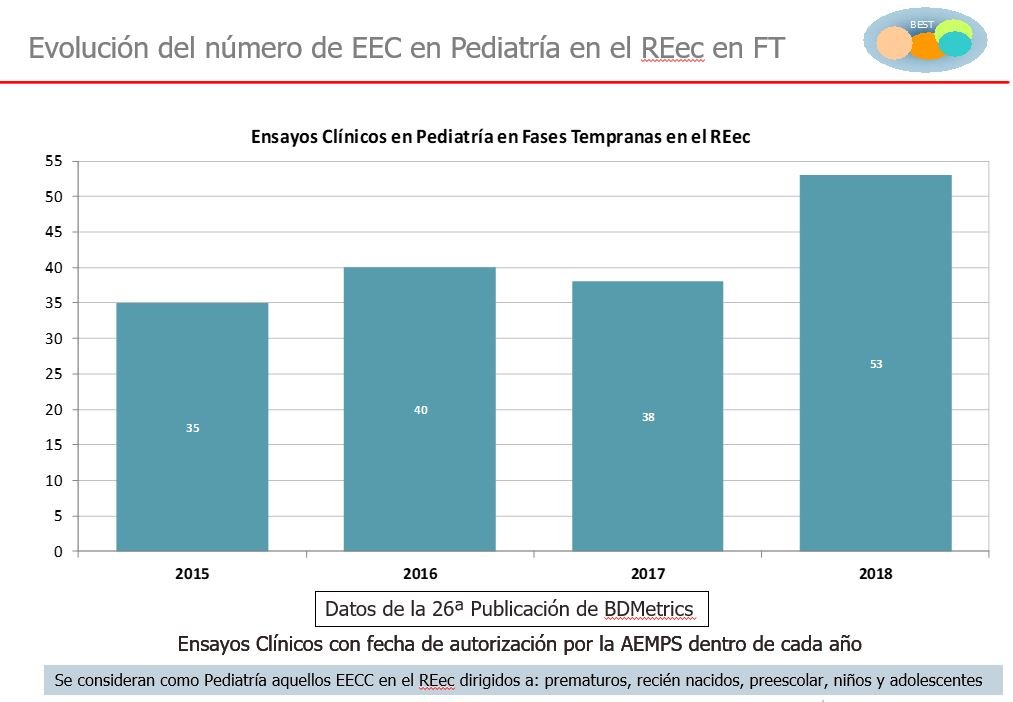 Another result of this interest was the publication, in September 2017, of the Clinical Research Units in Pediatrics Guide, which was created with the aim of promoting networking and the implementation of specific units in hospitals to develop trials. of new medicines in children, which are essential to adequately validate the indications and doses of treatments aimed at the pediatric population.

Also for this purpose Farmaindustria collaborates with other entities, such as the Spanish Association of Pediatrics and the Sant Joan de Deu University Hospitals in Barcelona and Niño Jesús in Madrid, among others, in the promotion of initiatives in the area of ??clinical research in pediatrics. He also supported the creation of the Spanish Network of Pediatric Clinical Trials (RECLIP), which represents Spain in the European Pediatric Clinical Trials Network and with which it continues to collaborate.

The same positive trend has been registered, in recent times, in the field of rare diseases. As detailed by the head of Farmaindustria’s Platform for Innovative Medicines, 893 of the 4,840 clinical trials included in the REEC (dated May 27), that is, 18.5% of the total, focus on rare diseases. If the last years (2015-2018) are contemplated, 20.4% of these clinical trials in rare diseases correspond to the early stages (I and II). 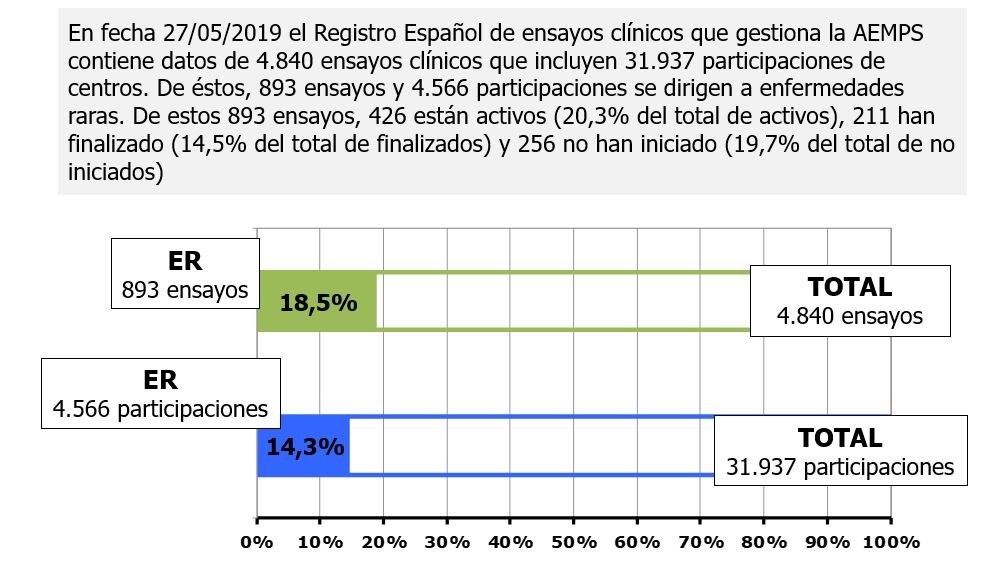 Likewise, and according to data collected by the BEST Project, since 2015 the pharmaceutical industry has promoted a total of 448 clinical trials on rare diseases in the early stages, of which 84 correspond to trials of orphan drugs that have involved more than 1,500 patients in Spain. In the case of these trials, hematology (49.5% of centers’ participation) and oncology (36.7%) were the therapeutic areas of greatest interest.

In order to advance in this area, public-private collaboration is crucial through projects such as the ones set up by the European Initiative for Innovative Medicines (IMI), but also the growing participation of patients in the entire R & D process. new medicines, something in which companies are already involved both individually and through Farmaindustria and Efpia, the association that represents the pharmaceutical industry in Europe.

“All these data indicate that, thanks to the efforts of the different agents involved, Spain can already be considered an excellent country in terms of clinical research in the early stages, since it has a good network of units, and has scientists and physicians at the outset. level, as well as the commitment of patients and industry, without forgetting that infrastructures and equipment are already adapting to new clinical trial designs, such as basket trials, multi-arms trials or digital trials, “said Martín Uranga .

“There is still room for improvement in aspects such as the promotion of patient participation, the elimination of administrative barriers, the improvement of hospital infrastructures beyond the major centers of reference or the training of specialized personnel, but of course the country is advancing on the right path, to the point of being in a position to become one of the world leaders in clinical research in the coming years, “he concluded.

Distefar joins the need to work all together to advance clinical research in early phases of pediatric pathologies and rare diseases.