Success of the first trial of Opsumit (Actelion) in portopulmonary hypertension 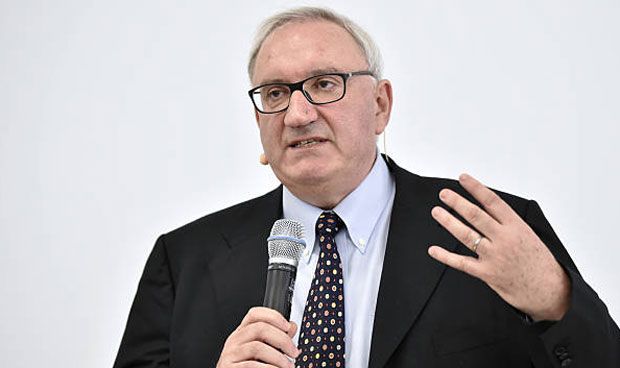 Presented as an oral communication at the recent meeting of the European Society of Pneumology (ERS) in Paris, the treatment of portopulmonary hypertension with macitentan also showed that its safety is consistent with that observed in previous clinical trials. PTSH is a subtype of pulmonary arterial hypertension (PAH), associated with portal hypertension (increased blood pressure in the portal vein) often due to liver cirrhosis.

“The findings are relevant because if patients with PTSH can receive treatment to successfully reduce pulmonary vascular pressure and resistance, more patients may be eligible for liver transplantation, since they will potentially have a better prognosis for this surgery,” he said. the principal investigator Olivier Sitbon. M.D., Ph.D., Professor of Respiratory Medicine at the University of South Paris.

“Consistent” security
The data that support the use of PAH therapies in patients with PPHT are extremely limited and come mainly from open studies of a single center 5-7. To date, none of the approved treatments for PAH had been shown to improve cardiopulmonary haemodynamics in patients with PPHT in a randomized controlled clinical trial.

“In the trial, patients were randomized to receive macitentan 10mg (n = 43) or placebo (n = 42) once a day. After 12 weeks of treatment, macitentan significantly improved the PVR (35% reduction versus placebo of the main variable), “explained Joan Albert Barberà, head of the Pneumology Service of the Hospital Clínic de Barcelona and researcher of the trial.

“The fact that the hepatic safety profile of macitentan in patients with HTPP is consistent with that observed in previous trials is particularly reassuring, since these patients with HTPP are typically excluded from clinical trials of PAH for safety reasons” comments the another Spanish researcher of the study, Pilar Escribano, coordinator of the Hypertension Unit of Hospital 12 de Octubre in Madrid.

In Distefar, we are pleased with these successes in the sector and represent an advance in patients with pulmonary problems