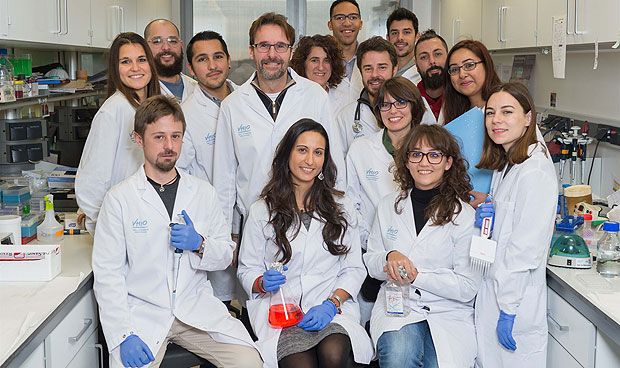 Researchers at the Vall d’Hebron Institute of Oncology (VHIO) in Barcelona have achieved that immunotherapy attacks only the tumor cells of a type of breast cancer in patients who do not respond to other treatments, an action “at home” that solves one of The main challenges for this novel strategy in Oncology.

The study, published in Science Translational Medicine, has demonstrated the efficacy of a drug (p95HER2-TCB) that is responsible for guiding lymphocytes to the tumor cell through a protein that is only present in tumor cells (p95HER2 ), has explained in a statement the VHIO.

A magnet for the tumor

The leader of the work, who is director of the Preclinical Research Program of this center, Joaquín Arribas, explained that the drug works like a “magnet” that causes the immune system of the patient to be attracted to the tumor cells and attack them , without this response affecting the rest of healthy cells.

“The problem of treatment with immunotherapy is that lymphocytes, in addition to targeting tumor cells, also attack healthy tissues”, so this finding avoids the side effect and makes lymphocytes go directly to the tumor cells in which This protein is present, said the first author of the study, Irene Rius.

Arribas added: “This creates a kind of very specific bridge between the patient’s lymphocyte and its tumor cell that allows us a very targeted and controlled response for HER2 + breast tumors.”

Advanced and metastatic cancers generally develop resistance to therapies, making the tumor resistant and spreading, and the immune system is particularly suited to fight disseminated disease, provided it is adequately equipped to recognize malignant cells.

Patients with breast cancer tumors in which the HER2 + protein is present, which they estimate to be approximately 10 percent of the total and 40 percent of the HER2 + tumors, may benefit: “Although apparently there are not many patients in the beginning that can benefit, the certain thing is that those that do it could obtain an enormous benefit “, has emphasized the researcher.

The finding of this research, which has completed its preclinical phase after ten years of study since this protein was discovered, follows the philosophy of the most personalized therapies, “to offer very specific therapies to groups of patients who do not benefit from other treatments. ”

“Although 70 percent of patients with breast cancer HER2 + are healing, there is a 30 percent who do not and now may have an option”, has put in value Arribas, also professor ICREA and scientific director of Ciberonc .

The scientist has led a team with scientists from Ciberonc and several research groups of VHIO, both from its Preclinical and Translational Program and from the Clinical Program, and the Oncology and Pathology Departments of Vall d’Hebron Hospital, in a collaborative effort.